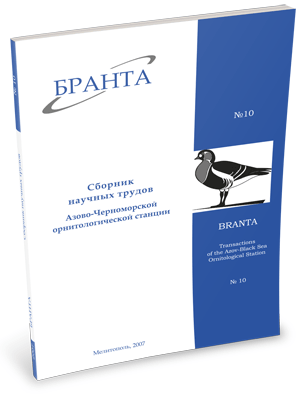 This paper presents the development of the largest tree colony of the Great Cormorant (Phalacrocorax carbo sinensis) in Europe (14,200 breeding pairs), situated in the Crimea (Kerchensky Peninsula) during the last decade. Until recently, the largest European Cormorant breeding colony of sinensis was in a forest at Katy Rybackie (northern Poland), which contained 11,637 pairs (Buczma et al., 2007).

According to the authors, appearance and development of the Crimean colony is an example of ecological plasticity of the species in the conditions of modified environment and anthropogenic activity.